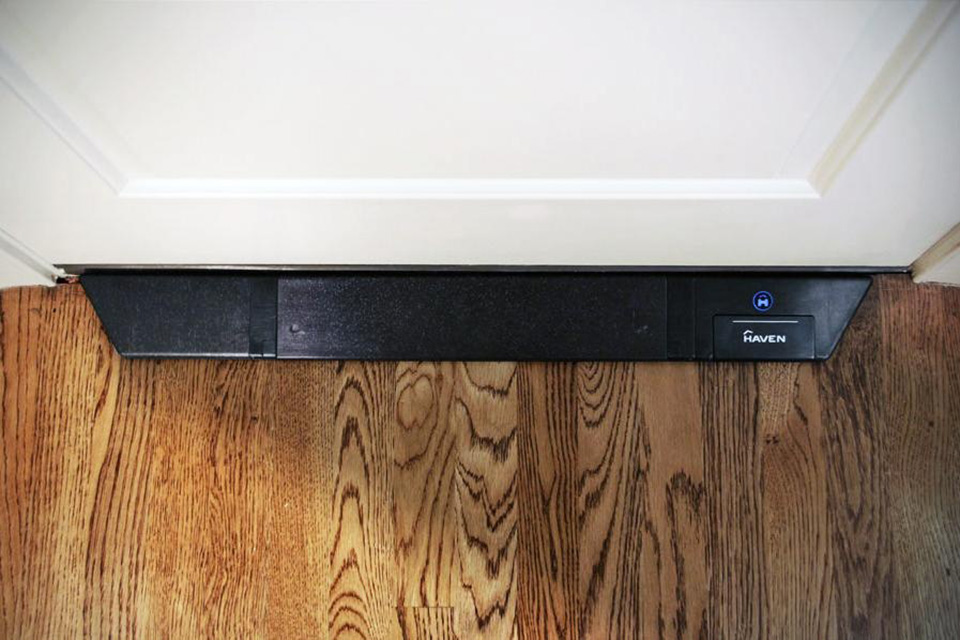 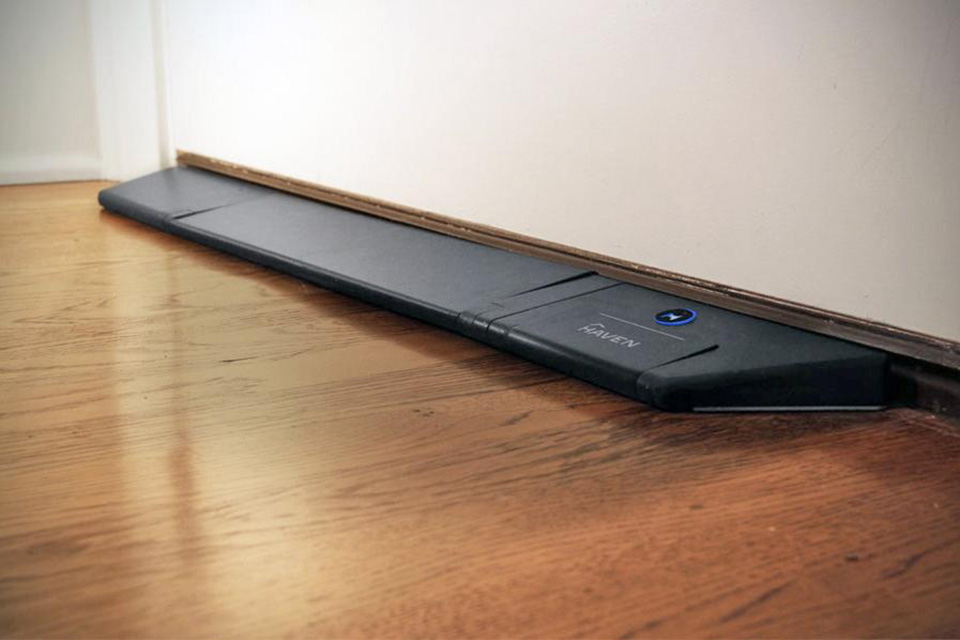 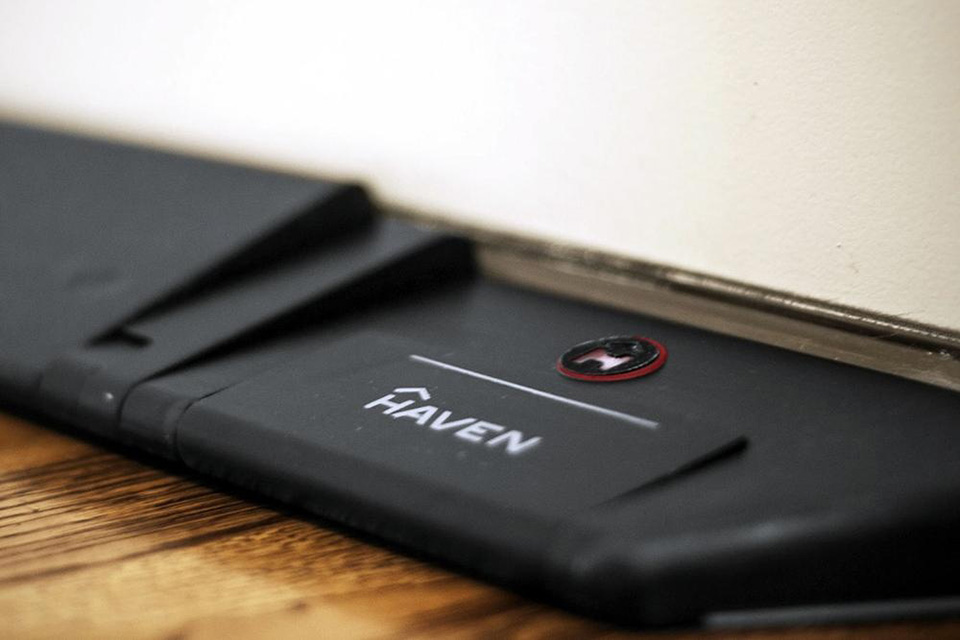 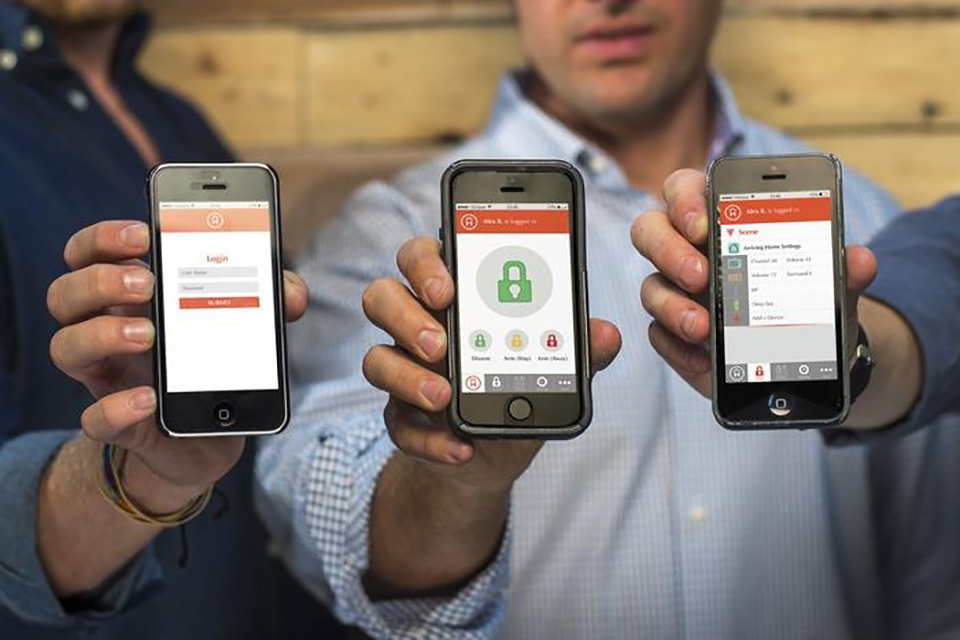 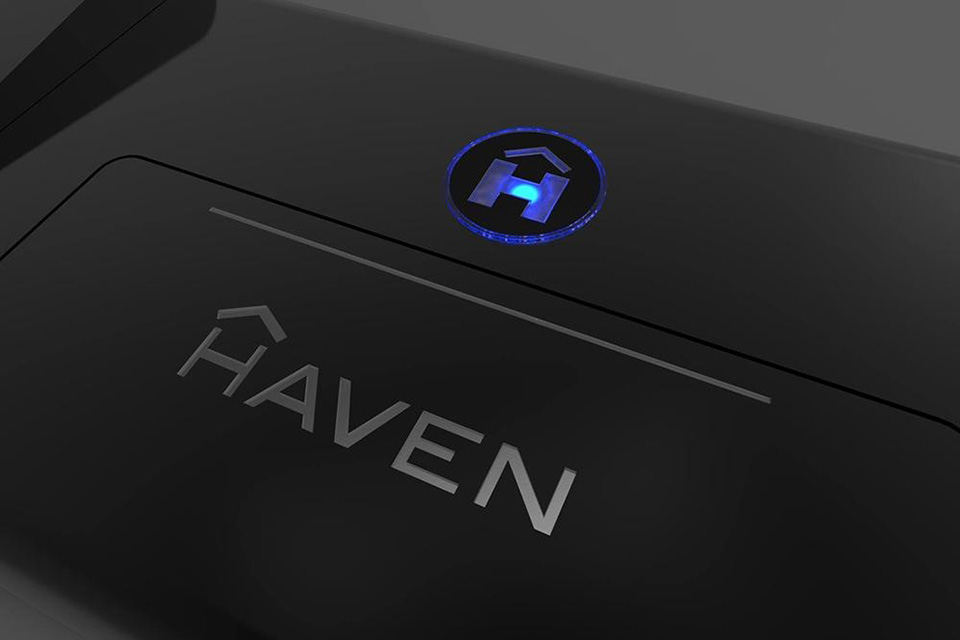 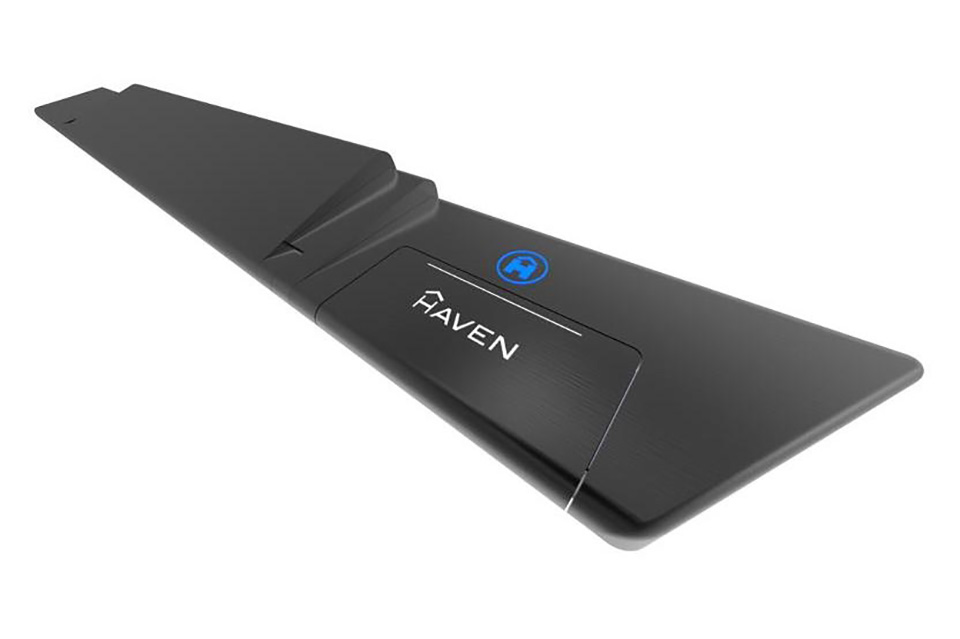 Looking at some of the various smart locks that have been making the rounds on the Internet, I’ve had one thought cross my mind above all else – for all their bells and whistles, they really don’t do a whole lot to prevent home invasion. If someone wants to force their way past your front door, an $80 WiFi-enabled gadget isn’t going to stop them. Worst case scenario, it just means the break-in will be even costlier for you.

The Haven Smart Lock seeks to address that.

Based in Nashville, this start-up has developed a new type of door lock which it claims can be neither picked nor busted – supposedly, it even resists a SWAT team’s battering ram. It’s also a smart lock. Pretty cool, right

The way Haven secures your door is by being unlike pretty much every other lock on the market. Whereas most smart locks simply connect themselves to the doorknob or door-frame, Haven actually anchors itself to the floor.  From the outside, your front door doesn’t look any different from your neighbor’s – except for the fact that it’s near impossible to open without the proper code. Oh, that’s something I probably should have mentioned – since Haven doesn’t connect to the doorknob itself, it ‘locks’ through a Bluetooth signal.

The lock is able to recognize the unique signal of your cell phone, meaning it can sense when you approach the door and automatically shut itself off. It’s also WiFi enabled, meaning you can open or close the lock remotely through the Haven app. Of course, that brings up one slightly glaring problem – what do you do if your phone’s battery is dead?

Does a dud Smartphone mean that you’re simply out of luck? I mean, Haven includes a physical foot switch to enable/disable it, but that can only be controlled from the inside/ Hopefully they do something to address that (rather minor) design flaw before putting the product onto the market.

Anyway, if Haven sounds like the sort of home security investment you want to make, swing over to the product’s official Kickstarter page and toss a donation their way. 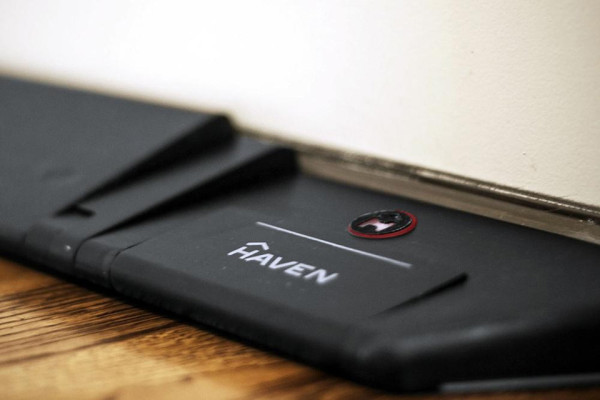 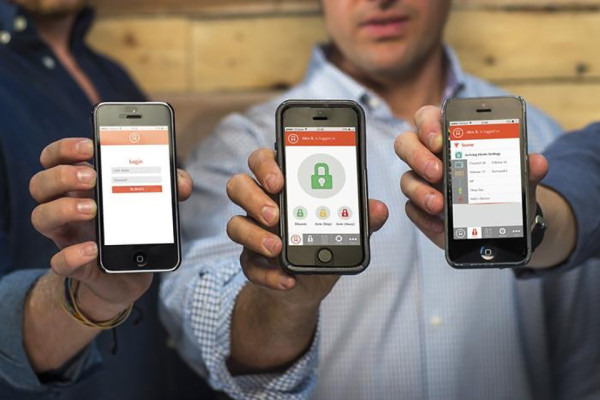 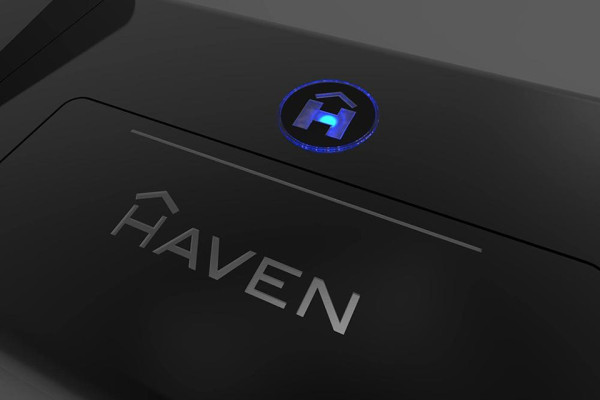