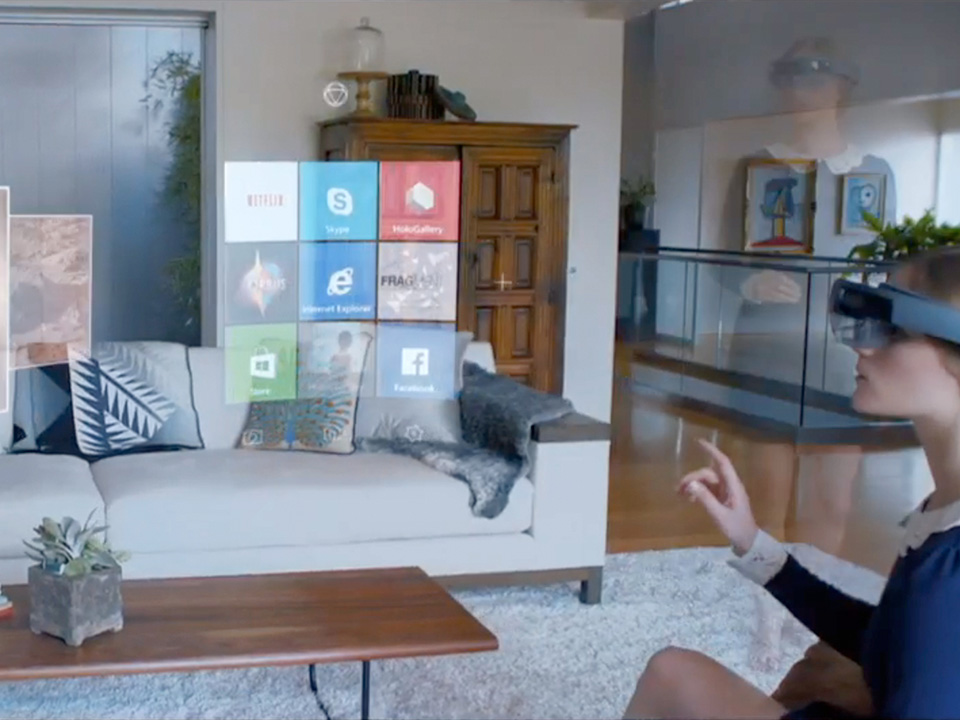 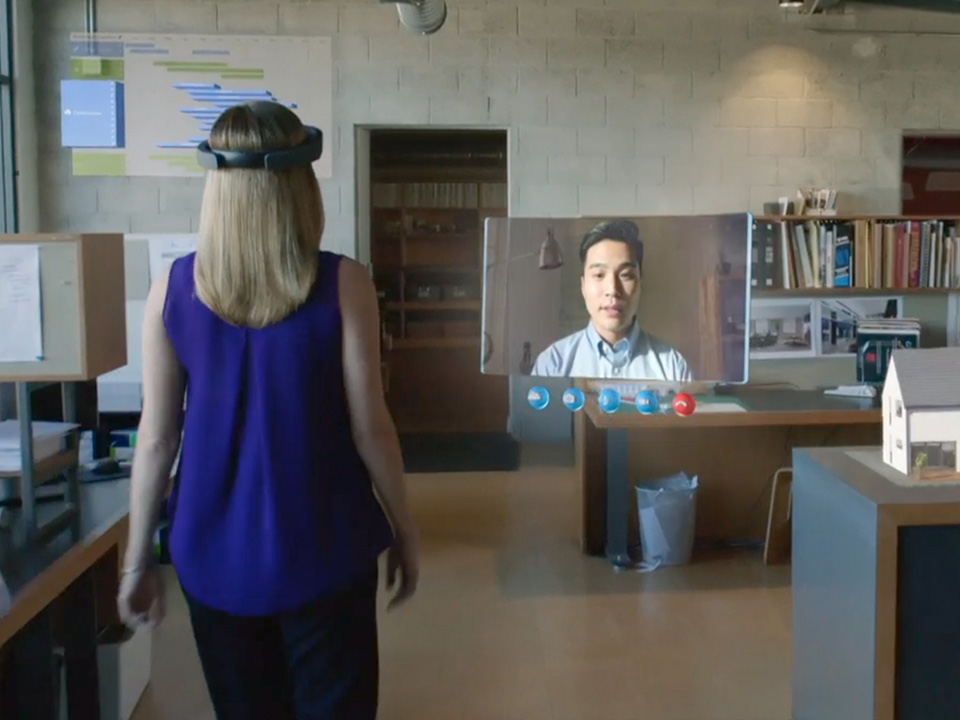 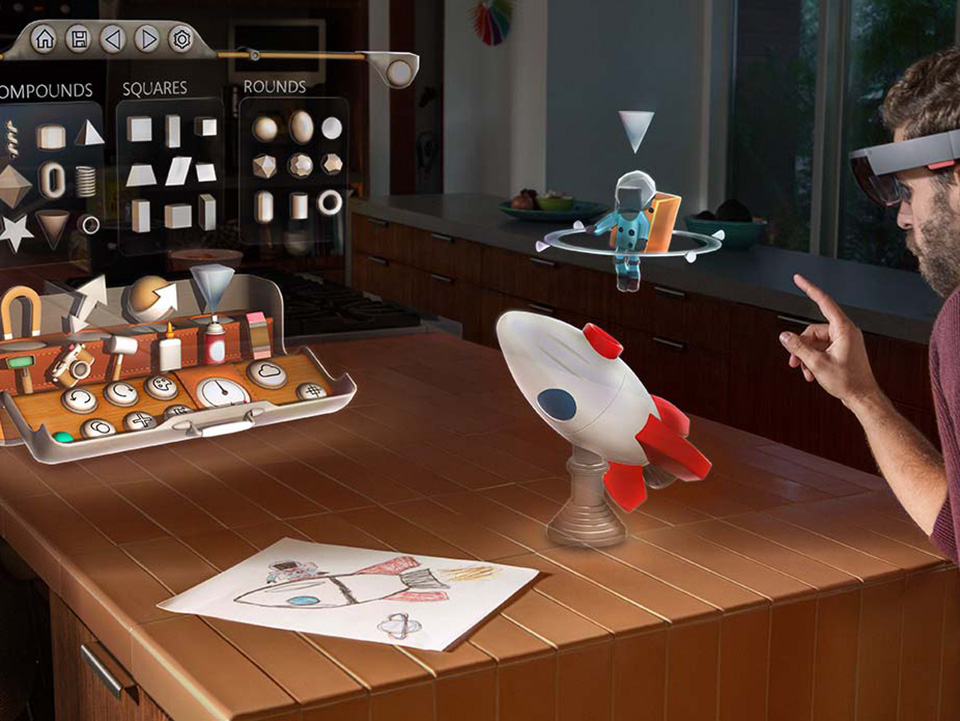 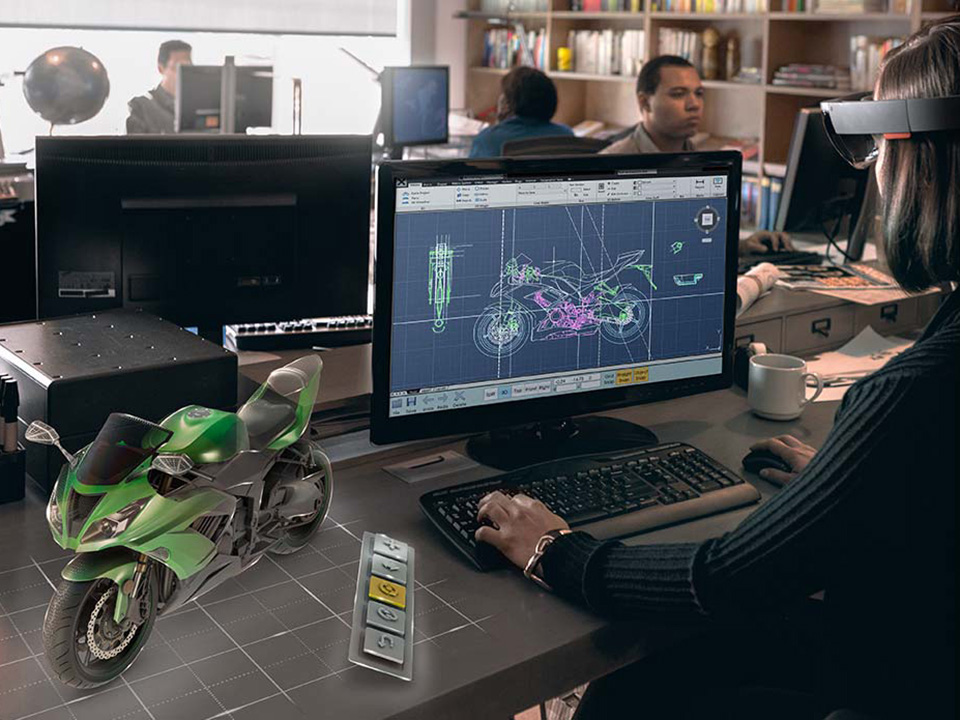 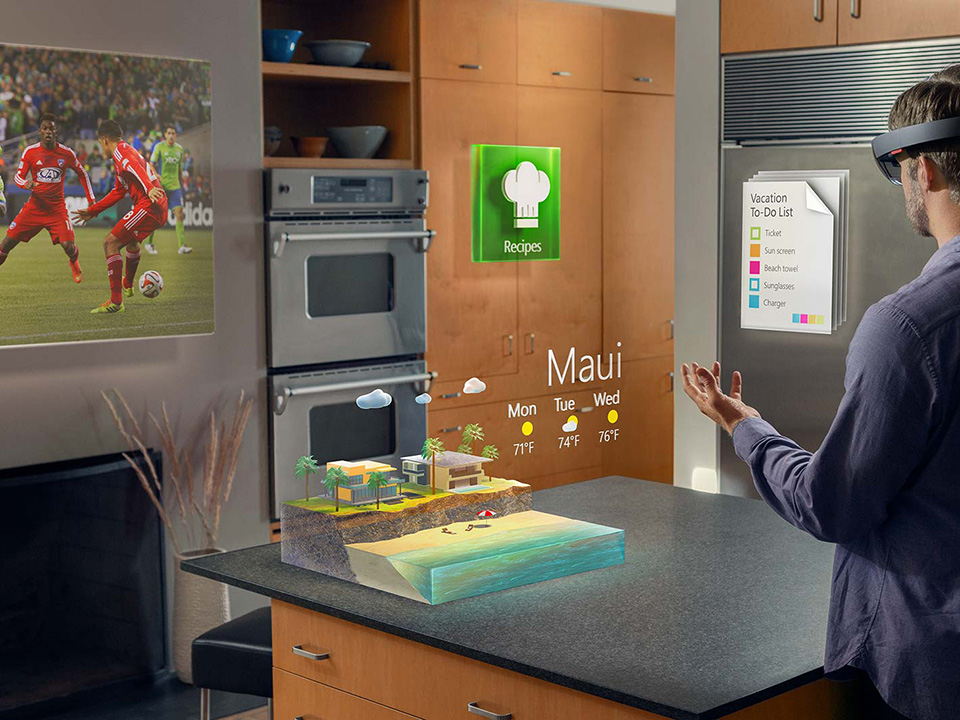 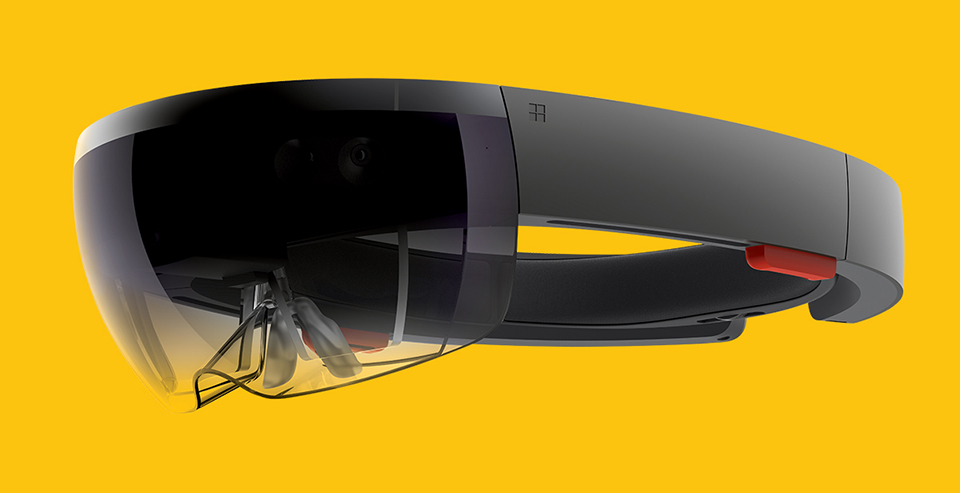 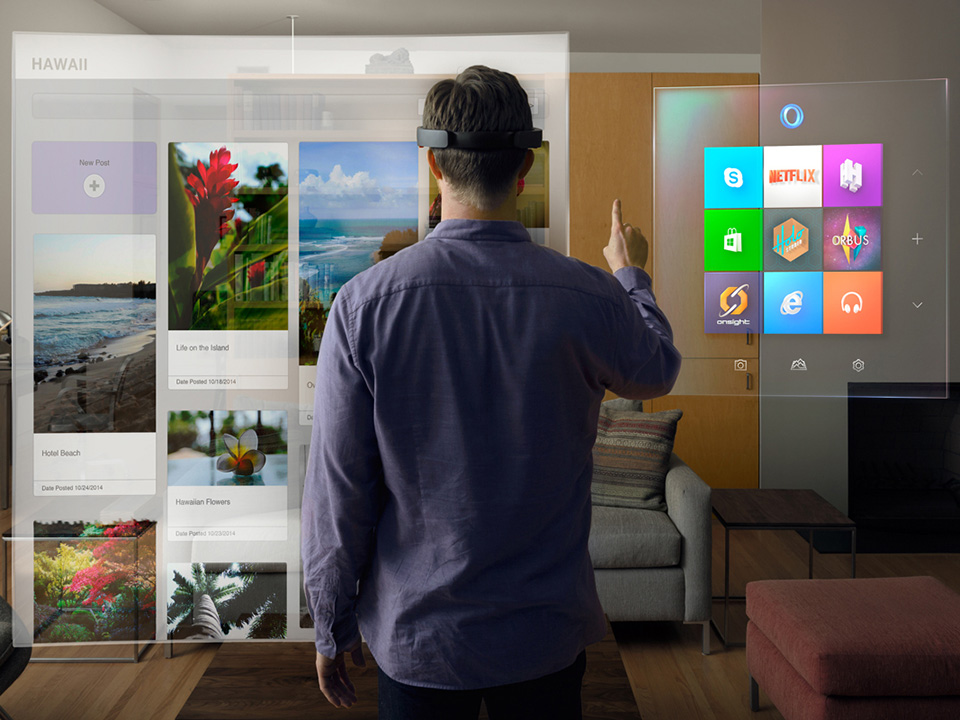 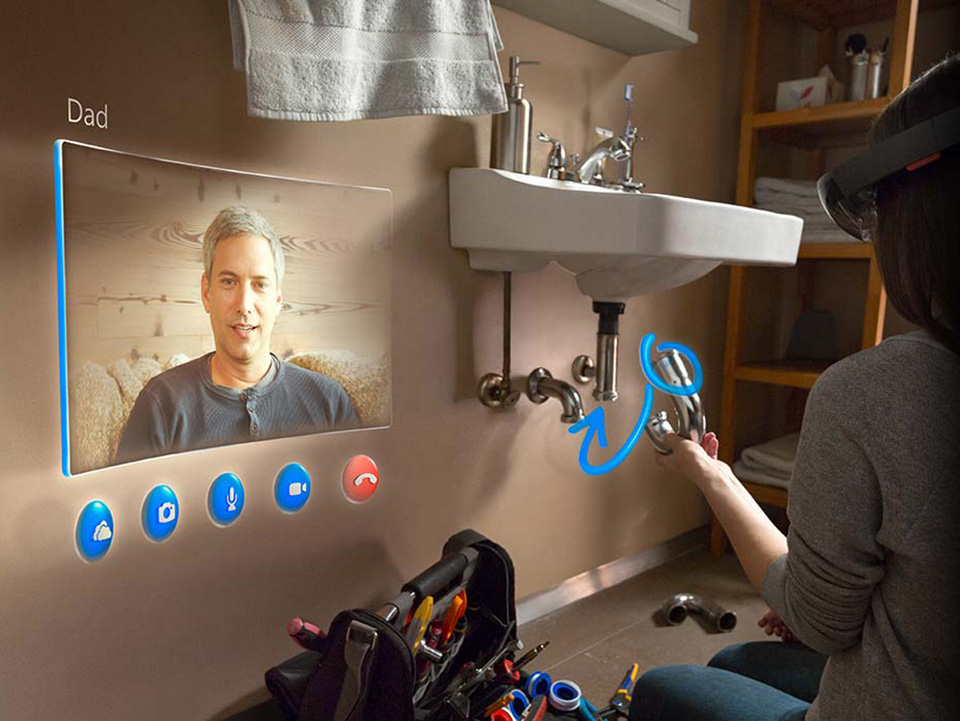 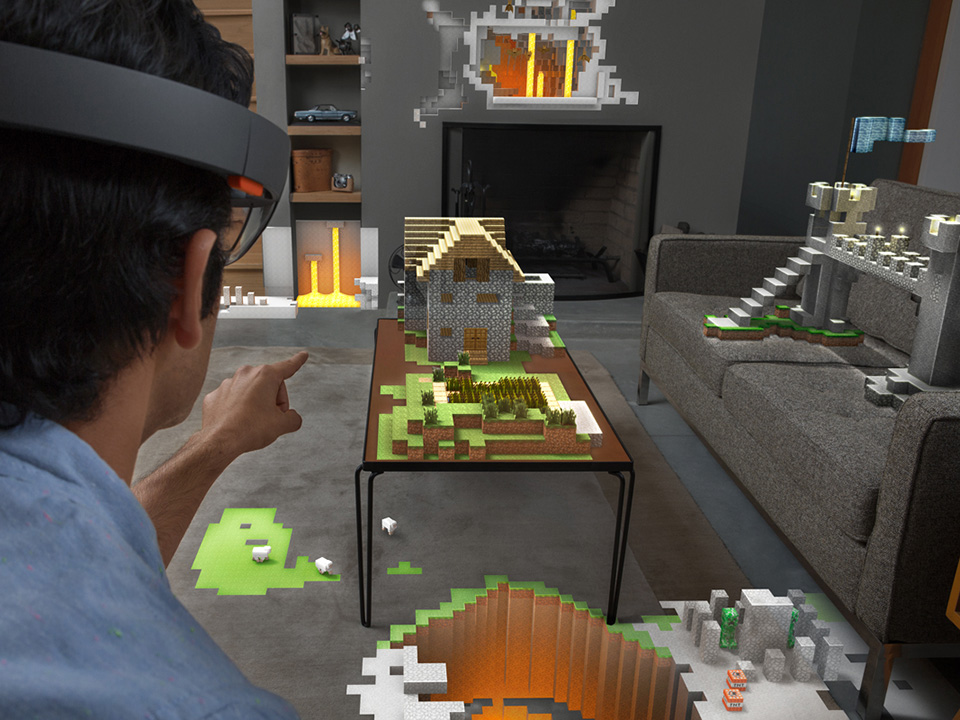 For decades, Microsoft has largely been a “me-too” kind of company. You’ve got a tablet? Look, now we have one too. You’ve got a gaming console? Check this out. You’ve got a world-leading search engine? Here’s our also-ran. Yet the new headworn visual interface by Microsoft isn’t a “me-too” kind of gadget. It’s not an answer to Google Glass. The Microsoft Project HoloLens is a ground-breaker. It is a revolutionary prototype that steps beyond the screen-to-eye interface that man has used for decades. It uses holographic technology to merge digital information with our ambient visual environment. The world, in a sense, becomes the screen.

The Microsoft Project HoloLens has been revealed after five years of development under the codename “Project Baraboo”. It’s an idea that was born in a brainstorm session during Microsoft Kinect development, and it’s one that its inventor was given the opportunity to run with. Creator Alex Kipman could now be a household name in product dev circles, as this “moonshot” of his own is now receiving global interest. 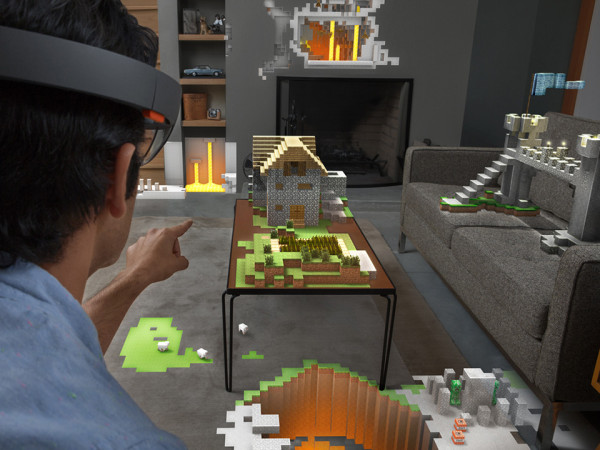 Project HoloLens uses a trio of processors — a CPU, GPU and “holographic processing unit” — to present its human/holographic interface. It sports a series of onboard sensors that track the movement of the wearer and her environment, allowing manual interaction like Microsoft’s Kinect system. In reality, the user’s experience with HoloLens will be similar to Kinect in input. Hand signals and body movement are registered by HoloLens, and that allows interaction with the holographic displays. 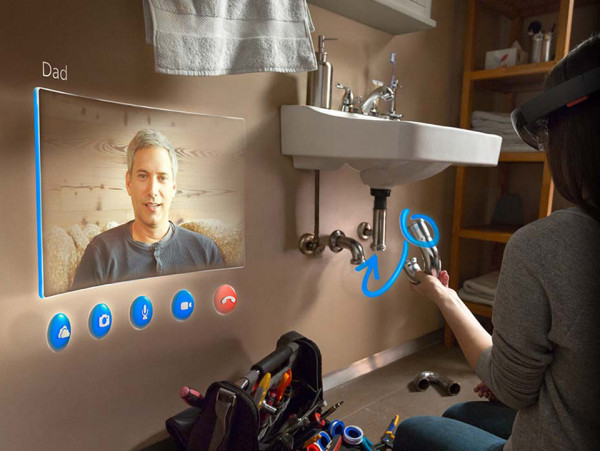 Microsoft Project HoloLens isn’t some far-off technology that is more concept than prototype. It’s an actual working system right now, albeit very young. It will be offered to lucky developers this Spring, meanings its end-user arrival is much closer than one might think. Project HoloLens could see an arrival on some level in the next generation of Microsoft gaming consoles, and wider use could accompany future Windows OS systems. In short, this isn’t just long-distance dreaming, this is a glimpse at something that could be on our heads in a matter of years.

This is the kind of innovation that could set Microsoft apart. There will be challengers, however, and Google apparently has their own holographic system in the works as well. This time, it doesn’t feel like an “also ran” from Microsoft, but an opportunity to lead– to guide technophiles like us into a wholly new era of visual interaction. 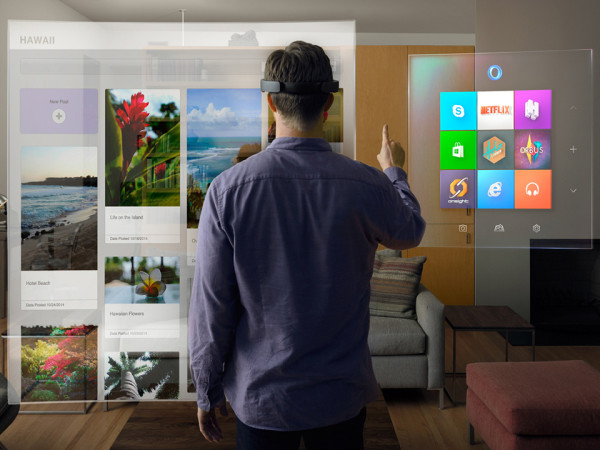